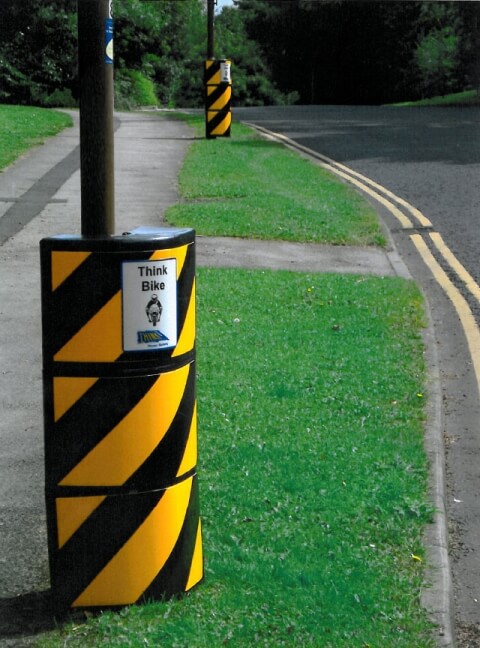 Biker-Mate, an energy absorption crash cushion developed by Cellbond’s sister company Euro Road Safety, has been nominated in the Great Britain 2012 poll for its “unique approach to improving safety on [British] roads.” The product, which utilises Pressload energy absorber, can be fixed to posts, rails, lattix, lamp-posts and other structures to reduce the risk of injury or death should a motorcyclist collide with this roadside object. The patented Pressload material dissipates the impact energy within a constant force level. The Biker-Mate product as a whole helps to spread the impact energy over a longer time period, with a lower energy concentration and less residual energy post-impact. Comprehensive tests show that Biker-Mate has around a 60% absorption capacity of the impact energy generated in such a collision. Biker-Mate has also been selected by Huntingdon MP Jonathan Djanogly to represent the constituency in the ‘Made by Britain’ campaign launched by Business, Innovation and Skills Secretary Vince Cable.